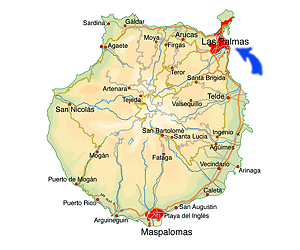 Las Palmas is the capital of Gran Canaria – and also the ‘capital’ of the Canary Islands region. Las Palmas has a significant size (400,000 inhabitants) and is definitely suitable for a 3-4-day city break.

To many people, Las Palmas is best known for its incredible beach, Playa de las Canteras, and the area behind the beach, which is scattered with bars, cafés and restaurants.

But Las Palmas has a lot more to offer. The old quarter, La Vegueta, is very interesting, there are several good museums and interesting local markets.

The major shopping street in Las Palmas is Avenida Mesa y López, where you will find exclusive shops such as Versace and Gucci as well as the department store El Corte Inglés. One of the largest department stores in Spain. The beaches
There are two large beaches in Las Palmas, of which Playa de las Canteras is the most famous one (photo above). The beach is a lovely 4 km long sand beach with some of the clearest water in Gran Canaria. Some people would even call it the best beach in Spain.

A bit out in the water, there is a natural reef, La Barra, which is blocking the waves. You should be very careful when snorkelling next to this reef, and only when there is a green flag at the beach. There are often surfers on the water, particularly at the end of the beach called ‘La Cicer’. Here you can spend quite some time watching the daredevils surf the big waves.

Behind Playa de las Cantera there is a busy sea front with a wide variety of bars, cafés and restaurants.

The other beach in Las Palmas is Playa de Las Alcaravaneras, which is very popular among families as there is almost never waves. Restaurants and night life
Las Palmas has a very wide selection of cafés and restaurants. Several of the best restaurants are located in the alleys behind the sea front. It is possible to eat all kinds of food, but why not have fish now that you are staying on an island. Fish courses in Gran Canaria typically include swordfish or sea bass.

The bars are a whole other story: most of the small bars serve delicious tapas. Some of them are mainly for tourists, whereas others mostly have local guests.

The night life is also very varied. There are lots of bars, discos and night clubs. There is something for every musical taste and age group.

Attractions and activities
The old quarter of Las Palmas is called La Vegueta. With its narrow streets and historical buildings, it is an attraction in itself. The many wooden balconies are worth noting, which is one of the special features of La Vegueta. The museum Casa de Colón is one of the main cultural attractions in Las Palmas. It is an old governor’s house where Christopher Columbus allegedly lived in 1492 before he went out on his famous journeys. Columbus was called Cristóbal Colón in Spanish, which is the reason for the name of the museum. In the museum, you will find some of the objects that he brought back from the Mayan and Aztec culture.

Another well-known museum is Museo Canario. It was founded as early as 1879. It displays the history of Gran Canaria, with special focus on the original inhabitants, the Guanches. The museum displays many of the archaeological finds of the island, including tools, pottery and jewellery. 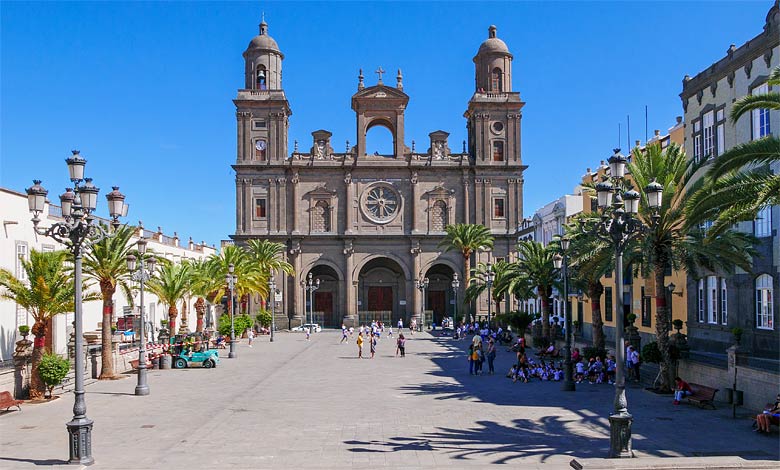 The Cathedral in Las Palmas is called Santa Ana. It is a marvellous building from the 1500s. From the top of one of the towers, you can enjoy the view of the town, and there is also a museum. 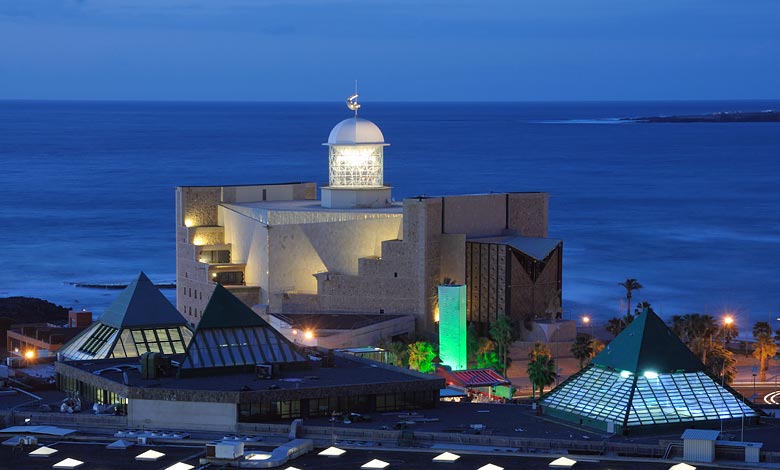 The concert hall Auditorio Alfredo Kraus is located by the beach, Playa de las Canteras. You will find it at the end called La Cicer. The auditorium offers a varied musical programme; for instance, the Las Palmas philharmonic orchestra often plays here. There are also operas, concerts and much more