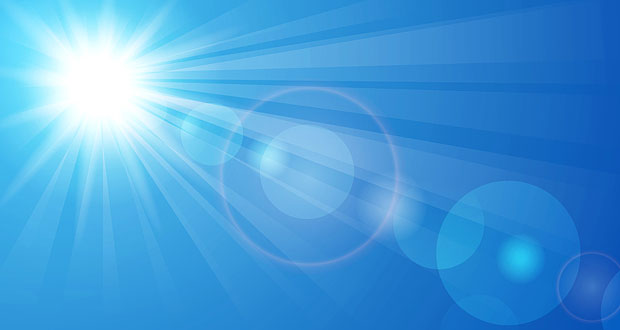 Gran Canaria is located in the Atlantic Ocean west of North Africa. Due to this location, the island has a subtropical oceanic climate with an equable and pleasant weather all year round.

The southern part of Gran Canaria generally has the best weather, and here the temperatures are often up to five degrees higher than in the northern part of the island. This great difference is caused by the mountains in the central part of the island, and the phenomenon is also evident on the other islands in the Canaries.

In the southern part of Gran Canaria, the sun is shining more than 300 days a year, and most days can even be spent on the beach. The day temperatures are generally between 20-30 degrees all year. During the summer, the hot winds from the Sahara can cause heat waves of up to 40 degrees. It hardly ever rains and when it does, it is mainly in November and December, and the showers are mostly brief.

Autumn weather (September, October and November)
This is the peak season in Gran Canaria, when particularly tourists from Northern Europe flock to the island. On the south coast, it is almost possible to provide a fine-weather-guarantee with plenty of sun and temperatures between 25 and 30 degrees. During a week’s holiday, it is rare to have more than half a day with clouds.

Winter weather (December, January and February)
The winter months have the lowest temperatures, but most days are warm enough to be spent at the beach or by the pool. On average, the sun is shining 5-6 hours a day, whereas the evenings are chilly and often require a warm sweater. The mild weather makes Gran Canaria a very popular destination to spend your Christmas holiday.

Spring weather (March, April and May)
The spring offers a lot of sunny weather and summery temperatures, particularly in April and May. On average, the sun is shining 7-8 hours a day and the evenings are usually also warm. Most days on the south coast can be spent at the beach and the water temperatures can reach 20 degrees.

Please note, that the above are general impressions and that people may have individual and different holiday experiences. Particularly during the winter months, the weather in Gran Canaria may vary.